Note: This is a continuation of my about page which you should read before this.

I grew up in a closet-sized apartment on the 5th floor of a 24-story apartment complex in New York City with two parents and a fraternal twin brother. While I lived in Manhattan, I spent almost no time at home. I went to high school in Brooklyn, played sports in the Bronx and Queens, visited relatives in Staten Island, and paid frequent visits to my grandmother in New Jersey. I got roughed up and hardened by the New York City public school system and Metropolitan Transit Authority. The sound of “stand clear of the closing doors, please” haunts me in my dreams.

Entrepreneurship runs in the family. After graduating from podiatry school in the 1970s, my dad took out a loan, refurbished a storefront, and started a private medical practice on the Upper East Side of Manhattan. When I was old enough, my first job was to be his medical assistant, filing paperwork and standing over the operating table as my dad trimmed the toenails of wealthy, eccentric Manhattanites. In my pseudo-residency, dad would methodically teach and quiz me about all the different problems of his patients. Eventually, to the chagrin of his patients, I would give spot diagnoses.

From ages 1 to 18, all of my time was spent training, thinking about, and competing in the sport of tennis. All of my friends were tennis players. All of my family members were tennis spectators. When I was 12, my brother and I designed some business cards and started “Selig Stringing Services.” With a loan from our parents, we bought a tennis racquet stringing machine and began offering tennis racquet repair services to people in our neighborhood. My parents indulged in my eclectic interests and pushed me along the way, hoping that all the effort would pay off with a college scholarship. Although, I had bigger dreams and wanted to become a professional tennis player.

Despite placing high in the rankings for my region, in a pivotal moment, I was turned away by the McEnroe Tennis Academy for not meeting physical requirements (being short and scrawny runs in the family). It was clear that athletics was not my forte. Though, having built up plenty of career capital, I made the best of my skills. From ages 14 to 18, I worked my third job as a ballboy at the U.S. Open (this time with a real paycheck). It was at the U.S. Open where I high-fived Novak Djokavic, patted the head of Roger Federer, was shouted at by Kyrgios, held up the American flag for Serena Williams after her devastating 2011 defeat, and strangely, danced with Carly Rae Jepsen on live television. 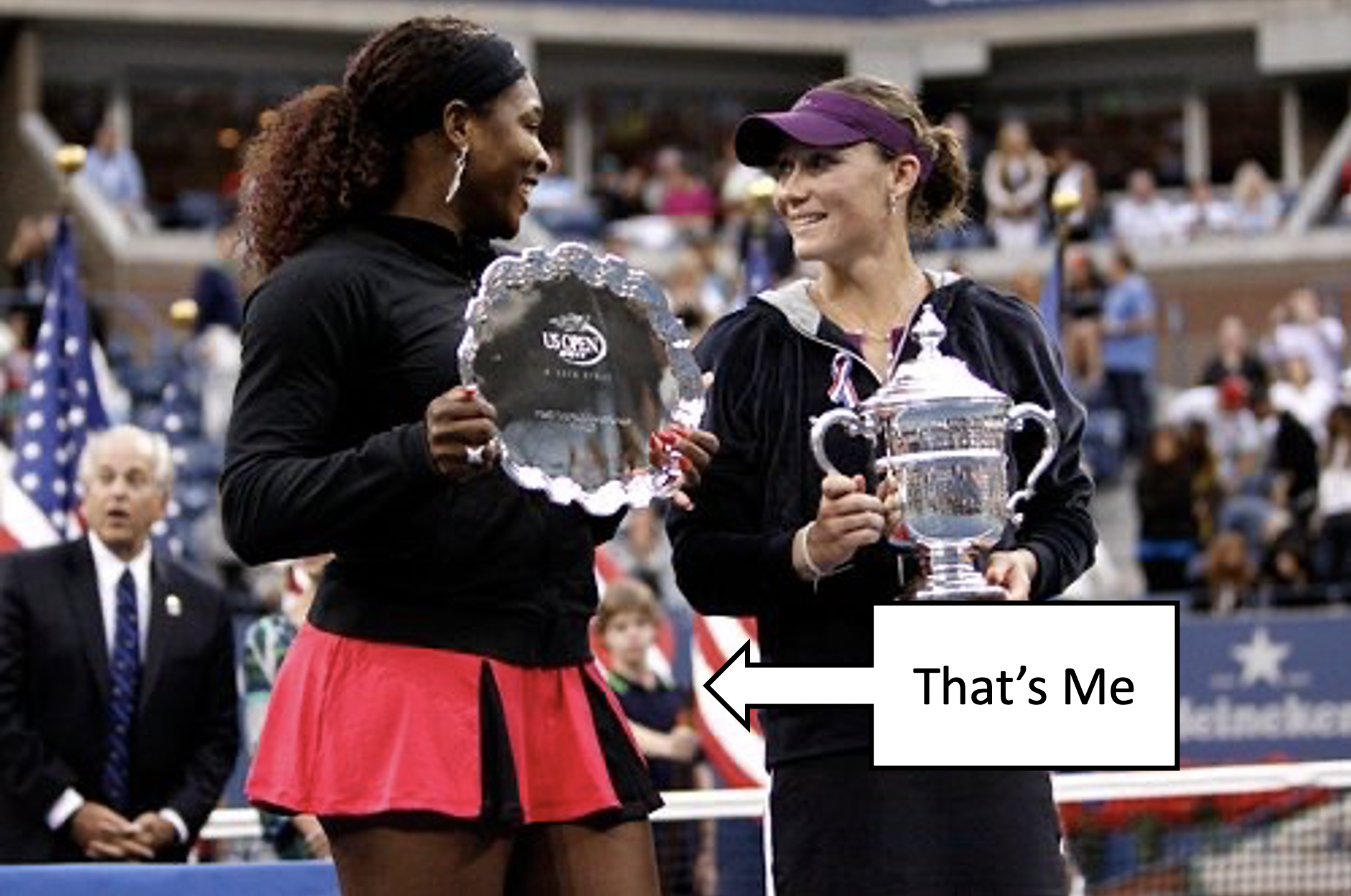 I never thought of myself as an intelligent person. Actually, quite the opposite. Up until high school, I had unremarkable grades and an inability to focus for moderate amounts of time. I remember being pulled aside one day in grade school to work with the “special” kids after failing to memorize and recite answers to basic history questions in front of the rest of the class. When I failed to get into my high school of choice, I ended up going to an equally rigorous, but incredibly large high school of 7000 students known as Brooklyn Tech. I vowed to work my a** off to prove I was a better student.

Most of my childhood, I thought I’d become a medical doctor. At Brooklyn Tech, students were required to select a major in which to concentrate their studies. Naturally, I chose Biological Sciences. I studied the equivalent of a pre-medical curriculum and worked my way to the near top of the class. Circumstances changed, however, when I was introduced to Electrical Engineering in an introductory course on Digital Logic. At a parent-teacher conference at the end of the school year, Mr. Grosshart pointed to the top line of an Excel spreadsheet with student rankings on his computer screen and remarked to my mother, “Look here, I have over 200 students. This is your son. If that doesn’t mean something, I don’t know what does.”

Despite what would appear as success, I was a social outcast. All of my time was spent either studying or playing tennis at the expense of making any friends whatsoever. When I graduated, I held my major’s banner at our ceremony. From that day forward, I made my second vow to change. This time, it wouldn’t have to do with academics.

Mr. Grosshart was instrumental in convincing me of my technical skill. There was, in fact, a world outside of medical school. When it came time to apply for college, my parents wanted me to stay in New York. I wanted to move as far away as possible. They urged me to apply to schools in-state. I applied to Cornell University in Ithaca NY, a remote region measurably distant from NYC, almost bordering Canada. However, the College of Engineering waitlisted me.

I composed and sent the Cornell University admissions office a letter strongly asserting my interest. To my luck, I was awarded a seat (I would later learn that such was a rarity).

When I got to Cornell, I did everything that would make the old Justin scream in terror. I ran in elections for various student governments (seven times), made as many friends as I possibly could, and took on leadership positions that diametrically opposed my old personality. The overcompensation turned out to work, and among the chaos, I found myself a much happier, much more fulfilled human.

4.5 years, 4 internships, 8 on-campus jobs, 5 club-leadership positions, and 1 mental health crisis later, I finished my Bachelors and Masters in Electrical and Computer Engineering. As the saying goes, “getting into Cornell is hard, but getting out is harder.”

During college, I had the good fortune of working internships at SpaceX, Uber ATG, and several other companies, building up a repertoire of skills that has granted me many opportunities in recent years. Most recently, I’ve been at Cerebras Systems, leading software projects for high-performance computing on the world’s fastest AI supercomputer.

I’m proud of the progress I’ve made, the people who have helped me, and the lucky opportunities that arose when effort was applied. This page is possibly the only forum in which you’ll see me brag about myself. Most of my friends would describe me nowadays as quiet and reflective. Perhaps it’s because I’ve realized that there’s so much more to learn and do.

Cheers to more stories to tell,